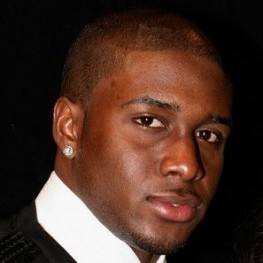 This California born songwriter and music producer is largely remembered for his short-lived marriage to Kim Kardashian, a socialite and star of Keeping Up With The Kardashian, and the messy and public divorce that followed.

Thomas is currently 48 years old. He was born in Calabasas, California, United States of America. His birthday is on the 15th of December. He belongs to the African-American ethnic origins. His zodiac sign in Sagittarius.

Thomas has kept his family out of public attention. There are no records of his early life on the web.

Thomas does not have a page dedicated to himself on Wikipedia. The search for Damon Thomas on Wikipedia leads to a page for The Underdogs, Thomas and Mason’s duo.

Thomas is a songwriter and music producer. In the late 1990s, Thomas started working with Kenneth ‘Babyface’ Edmonds. After which he started working with Harvey Mason Jr. in 1999. Mason and Thomas together form the duo The Underdogs. They produce R&B and pop music. Thomas has worked with many A-listers throughout his career. He worked with Dru Hill on his single ‘These Are The Times’ and with Pink’s single ‘Most Girls’. Thomas and Mason’s first big production was Tyrese Gibson’s single ‘I Like Them Girls’.

Thomas had been nominated for several awards which include a Golden Globe for Best Original Song-Motion Picture for the film Help (2011) in the year 2012, three Grammy Awards in the years 2003, 2007 and 2017 for Album of the Year for Justified, the Best Compilation Soundtrack Album for Motion Picture, Television or Other Visual Media for the film adaptation of Dreamgirls and Best Gospel Performance/Song for his work in My Life, respectively. Thomas won two Black Reel Awards for Outstanding Film Original Score in Dreamgirls in the year 2007 and Outstanding Original Song for the song ‘The Living Proof’ in the film The Help in 2012.

Thomas has an estimated net worth of $1 million. His primary source of income is songwriting and producing music. Thomas went bankrupt in 2012. He had a huge debt of over $3.5 million. His assets amounted to only $177,500 out of which $170,000 was the worth of his Lamborghini Murcielago Roadster.

Thomas was married to Kim Kardashian of Keeping Up With the Kardashians for a few years. The two got eloped when Kardashian was only 19 years old. The marriage took place in 2000. A few years later Thomas filed for a divorce in 2004. Thomas stated the reason for divorce as Kardashian’s infidelity. While Kardashian accused Thomas of physical and emotional violence. After the messy and public divorce, Thomas was in a relationship with Sarai Tennille Torres. The couple never got married. They have a child together, Dimas Thomas, born in 2005. Things did not work out well between them either. In 2007, Torres filed a lawsuit in the Los Angeles Superior Court, alleging non-payment of child support since 2005.