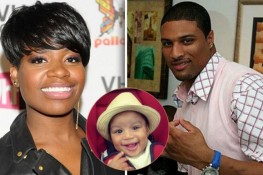 Dallas Xavier’s mother is called Fantasia Barrino and he is always featured on the Instagram of his mother called Tasiaword. His father is Antwuan Cook and his mother is Fantasia Barrino. They gave birth to him when Cook was in legal problems because of the estranged wife called Paula Cook. In the year 2015, the mother got married to Kendall Taylor. He has a half sister called Zion and half brothers on the part of his father. His mother had to face Diana Degarmo to get the crown of the American Idol Season 3.

Fantasia Barrino is now called Fantasia Monique Taylor and she was born in the year 1984. Her stage name is Fantasia and she is an actress, songwriter and an R&B singer. She became famous when she attended third season of American Idol of 2004 and she became the winner. Her first album called I Believe started at number one at the Billboard 100. She then released an album called Free Yourself which RIAA certified platinum. She got three nominations for Grammy Awards in the year 2006.

From her biography, Fantasia Barrino grew up in the city of High Point of North Carolina. Her parents are Joseph Barinno and Diane. She started to sing when she was only five. Her musical influences are Tina Turner, Patti LaBelle and Aretha Franklin. She was attending Andrews High School but after a rape by the classmate, she felt harassed and embarrassed and she stopped to go to school. She got pregnant when she was only 16 from her then boyfriend called Brandel Shouse. She has a daughter called Zion Quari Barrino.

In the year 2005, Barrino wrote a memoir which she said she dictated it to a certain freelance writer. It was called Life Is not Fairy Tale. With the book, she said that she was an illiterate and she was not able to read the contracts sometime she signs and cannot read to her daughter. After the book, her father wanted her to pay 10 million dollars since she said things he said was not true about him.

In 2008, her house found in Charlotte was put up for foreclosure but it was stopped at the last minute. She had also been sued to have a relationship with Antwaun Cook who it is said that he was married that time. However, Fantasia Barrino said that they only started the relationship after Cook separated from the wife. However, the judge ruled into her favor saying that the separation date of Cook and his wife was in 2009 and not in 2010 as the wife was claiming. In the year 2011, she got a son whom she called Dallas Xavier Barrino but never revealed the father. Even if she had not divorce record, she dated other people like Michael Clayton of Tampa Bay Buccaneers and Rapper Young Dro.