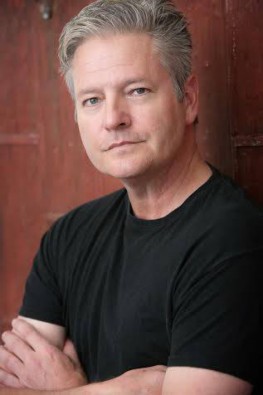 Dale Midkiff, born Dale Alan Midkiff on 1st July 1959 in Chance, Maryland, is a U.S. actor. He is particularly famous for his role as Louis Creed in Pet Sematary, a horror film. He also acted as Captain Darien Lambert in television serial entitled Time Trax. Moreover, he has acted in over 60 films and TV serials so far.

Born to Thomas Midkiff and Jean, Dale Midkiff is the second child among his parent’s eight children.  He has one sister and six brothers. He was fascinated by the show business from his very childhood. Also, he won an award for acting in his high school, and it spurred him to be attracted towards the tinsel world. This award winning event proved a watershed in his career, and he gradually became attracted towards the show business world.

As for his education, he joined Edgewood High School where he gave stage performances for which he was repeatedly awarded. He left the High School in 1977, and joined Salisbury University, Salisbury, Maryland, to study Communication Arts. He specialized in Philosophy and English. He moved then to New York in search of a career in the cinema world. During his days of struggle to find acting opportunities, he worked as a waiter in a bar to meet his daily necessities.

Dale Midkiff is a married man. He has married Joan O’Connor to whom he dated for around two months. They came near each other for the first time in 1997 and decided to marry. They married on 22nd March that very year. They have been blessed with three children namely Ava Marie Midkiff, Cole Midkiff, and Eliza Rose Midkiff. They are leading a happy married life for over 21 years now. There is no rumor of an extra-marital affair, and he has not divorced his wife.

Dale Midkiff, after finishing his education, shifted to New York in search of a career in acting. He struggled initially and worked in a restaurant as a waiter. Initially, he got minor roles in films and TV shows. He got a breakthrough when he was drafted for a role as Elvis in the television show entitled “Elvis and Me” in the year 1988. Then he acted in “Love Potion No. 9” and “Pet Sematary”.  After that, he has acted in a number of TV shows and movies. Later, he acted in the 1989 version of the movie “Pet Sematary”. He has also acted in many other films and TV series such as “Hell’s Kitty”, “The Client List”, “Criminal Minds”, “Dexter” “Lincoln Heights” and “The Wonderful World of Disney” to name just a few.