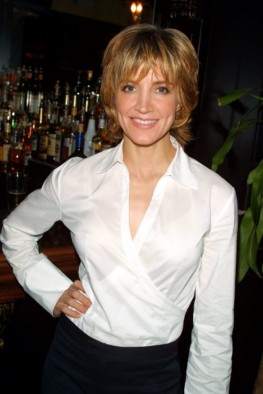 Crystal Bernard, whose birth name is Crystal Lynn Bernard was given birth to on the 30th day of September, in the year 1961. The American actress, songwriter and singer was born in Garland, which is located in Texas, a state in the United States of America. Her father was a televangelist by the name Dr. Jerry Wayne Bernard who sang and preached all over America. She has 2 younger sisters, Angelique and Scarlett Bernard. Here is a brief biography about her.

Bernard studied acting and international relations from Baylor University. Before then, she had attended Spring High school and Alley Theatre. She learnt how to act from Alley Theatre.

Crystal began his career in 1982 by acting in a tv show – Happy Days where he featured as KC Cunningham. He subsequently featured on a lot of other tv series where he appeared as a guest. She also co-acted with James Brolin and David Cubitt in the movie To Love, Honor and Betray.

She has featured in a number of stage drams. They include Barbra’s Wedding in 2005, Annie Oakley in 2001 and Crimes of the Heart in 1999.

They might be giants featured her in the video of Birdhouse in your Soul. She sang (I Wanna Take) Forever Tonight alongside Peter Cetera. She alongside Rhett Lawrence wrote a song titled If I were your Girl. Her singles include Hey in 1999, Don’t Touch me There, You’re Gonna Miss a Whole Lotta Love and State of Mind in 1997. She also sang Have we Forgotten what Love Is in 1996. She produced videos for Hey, State of Mind and Have we forgotten what Love is, which were all directed by Steven Monroe.

Other tv shows she has featured in include miracle child, lady against the odds, wings, when will I be loved, without her consent, chameleons, paradise, my two dads, It’s a living, the master, the love boat, high school USA, Fantasy Island, Happy Days and Gimme a break.

There is no much news about her marital life as it does not seem she is married to any husband. There are however rumors that she has a secret husband. Her net worth is currently put at about $5,000,000.