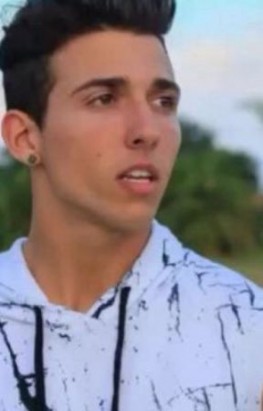 Who is Corey Scherer?

Corey Scherer is an American Dancer, Choreographer, and a Vine artist. He is a member of Fierce Dance Studio and has also associated in founding Super Sega Brothers.

What are Corey Scherer’s age and height?

Corey Scherer was born on 13th September 1995 in Nashville, Tennessee, United States. He is 23 years old and Virgo by zodiac. He has an average height of 5 feet 8 inches.

Corey was born to parents Allan Scherer and Christy Scherer. They own a Dance studio i.e. Fierce Dance studio to which Corey is a member. He was home-schooled along with his other siblings Cenzey, Cambrey, and Courtney. In 2015, Corey began a relationship with famous Make-up Artist Devyn Lundy.

Does Corey have a girlfriend?

Yes. He is in a relationship with famous Make-up Artist and social media influencer Devyn Lundy. The two met in September 2015. They make a beautiful couple and have appeared together in many of Corey’s videos. They seem to be happy and comfortable with each other.

What are Corey’s achievements as a dancer?

The passion for dancing in Corey was seen from his very beginning days of childhood. He started taking lessons from his early days. He gained a remarkable proficiency in his dancing talent during his teenage. Initially, he began with Hip-Hop, Ballet but later he gained expertise in other forms of dances too. His favorite Dance style is Break Dance. He has won many prizes and accolades in regional and national Dance Competitions.

Corey made a breakthrough in his career by forming a famous dancing duo with his friend Shaun named ‘Super Sega Brothers’. His friend is nicknamed as Knuckles and him as Sonic in that duo.

What is Corey’s Net worth and earnings?

Corey is a well-known American Dancer as well as an online celebrity. He has more than two millions of followers on YouTube and Instagram. Offline he is a member of Fierce Dance Studio which is his Family Dance Studio and is also engaged into many Dancing events. His family Dance Studio also provides fitness education along with Dance by professionals.

Corey’s Net worth is estimated to be around 200,000 dollars. The source is various activities as a performing Artist and products like T-shirts and sweatshirts merch. He is also engaged into commercial advertisement and other online commercial participation.

Corey’s first love is dancing. In that too, he loves the Dance style ‘Break Dance’. Apart from Dancing, Corey loves watching MTV Reality series ‘Jackass’. He is a Movie buff too. He loves watching fantasy film “The chronicles of Narnia” repeatedly. The animated Comedy character ‘Shrek’ is amuses Corey. In games, he loves playing his ‘Xbox’ console. Corey is a big time fan of famous American Singer Taylor Swift. He also loves to eat Pizza.

It is not reported anywhere that Corey had any formal education from any school or University. He had been Home-Schooled along with his other siblings. However, he has learnt many forms and styles of Dance.