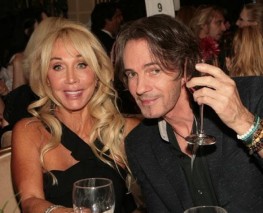 Who is Cindy Landon?

Cindy Landon is known as an American movie producer and philanthropist. She is most famous for being the widow of late actor and director, Michael Landon.

She was born as Cindy Clerico on January 27, 1957 in a little town called Helper in Utah. She is an American citizen of Jewish ethnicity.

Cindy Landon took up the role as a producer for the 2018 Louie Psihoyos documentary movie titled’ The Game Changer’ starring Arnold Schwarzenegger. She has also produced the romance drama released in 2016 titled ‘Sanctuary’ featuring Christian O’Reilly, Kieran Coppinger, and Charlene Kelly. The movie follows the life of two individuals with developmental disabilities who are in love but the world seems to be on a constant mission to keep them far away from each other.

The 2011 release ‘After Kony: Staging Hope’, a documentary, was her directorial debut. it was co-directed by Bill Yoselin and written by Paul Freedman. The documentary is based on a group of activists who set out to bring changes in the life of teenagers in Uganda who from their early days lived in terror and fear.

Cindy is a successful businesswoman who is part owner of two restaurants called Plant Food and Wine, and Outstanding Foods, which is a vegan establishment set up by Dave Anderson.

Cindy married legendary actor Michael Landon who was born as Eugene Maurice Orowitz in 1983. The couple was married for eight years until Michael’s death due to pancreatic cancer in 1991. He is buried in Hillside Memorial Park Cemetery in California.

The marriage produced two children, a daughter named Jennifer Rachel Landon and a son Sean Matthew Landon. The pair met on the set of ‘Little House on the Prairie’ where she was working as a makeup artist. Michael Landon was previously married to Dodie Levy Fraser and Marjorie Lynn Noe. Cindy appeared in a memorial special created by Michael Jr., his son, titled ‘Michael Landon: Memories with Laughter and Love’.

Some of Michael’s most notable works were in ‘Little House on the Prairie’ as Charles Ingalls, ‘Highway to Heaven’ as Jonathan Smith, and ‘Bonanza’ as Little Joe Cartwright. In 1984, he became a part of the Hollywood Walk of Fame with his star placed on Vine Street. He was a recipient of the Bambi Award in 1969, The Bronze Wrangler Award in 1970, and The Spur Award for Best TV Script in 1980.

Cindy and Michael's daughter Jennifer is an award-winning actress, who is recognized for her character Gwen Norbeck in ’As the World Turns’. She has bagged three Emmy’s for her role in the category of ‘Outstanding Younger Actress in a Drama Series’.

Cindy Landon has played an active role in supporting various animal rights groups including Mercy for Animals, a non-profit that fights for animal rights and their protection of farm animals from cruelty. She was recognized for her contributions to the cause by Last Chance for Animals (LCA), a non-profit organization for animal protection. They gave her the award of ‘Philanthropist of the Year’ on October 22, 2016, at their annual gala at the Beverly Hilton.