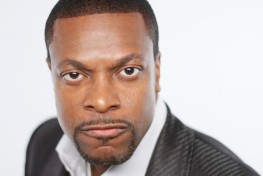 Chris Tucker took birth on the 31st of August in the year 1971, in Atlanta Georgia. Chris is the son of Norris Tucker and Mary Louise. Tucker’s father used to do business and owned janitorial services. Chris had grown up in Decatur and graduated from Columbia High School. Thereafter he left for Los Angeles, to pursue a career as a comedian and actor. Today, Tucker is an American actor and has a successful career in stand-up comedy.

Moving away from his biography and concentrating on his career. Tucker was all of 22 in the year 1992 when he frequently performed at "Def Comedy Jam," he then went on to make his cinematic debut with the film "House Party 3". He rose to fame and received ample recognition when he appeared in the film "Friday alongside rapper Ice Cube. He starred alongside "Charlie Sheen", in the"Money Talks", which was an action comedy movie in the year of 1997. He also starred in the film "The Fifth Element", along with the famous Bruce Willis.

Tucker got a chance to appear with the legendary Jackie Chan in the 1998 movie "Rush Hour". He has also seen the sequels of this world famous films as well. "Rush Hour 2" and "Rush Hour 3" saw him in the role of Detective James Carter. It is reported that Tucker held out a salary of $ 20 million for the 2nd part and $25 million for the 3rd part of the Rush Hour series. Rush Hour 3 was a part of the $40 million two movie contract he signed with “New Line Cinema”.

Tucker was seen in the legendary Michael Jackson's video "You Rock My World", he also appeared in a cameo in "California love” by Tupac Shakur. 2007 proved to be a very fruitful year for Tucker when he was announced to star in a drama film, "Mr. S My Life with Frank Sinatra", which was directed by Brett Ratner. The movie was based on George Jacob's autobiography of Frank Sinatra.

In 2011, he made a comeback as a comedian and did what he did best stand-up comedy. He was then seen in the Academy award winning film "Silver Lining Playbook", which also starred famous names such as Bradley Cooper, Jennifer Lawrence, Robert De Niro etc. His performance in the role of Danny McDaniel's won him critical appreciation, and the audience lauded his act as well. He has also hosted the BET Awards in the year 2013.

He is engaged to Fox 5 anchor Cynne Simpson, but his son Destin used to live with his mother in some part of Los Angeles; he currently is not married and not much is known about his ex-wife. He happens to be very good friends with his Rush Hour co-star Jackie Chan and was also quite close to the world-famous Michael Jackson. Tucker has spoken about how Jackson influenced his career in many ways. He has also been friends with famous politicians like Bill Clinton and Barrack Obama. He also participated the PBS documentary which was based on African American and their genetic makeup. His net worth according to sources is $11.5 million. The actor is active on social media Twitter.