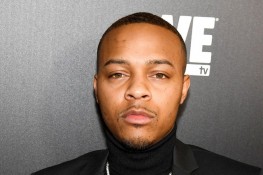 Bow Wow, born Shad Gregory Moss on 9th March 1987 in Columbus, Ohio, is a U.S rapper, television host, and actor. Bow Wow is his stage name. His first album named Beware of Dog that he released was in the name of Lil’ Bow Wow in the year 2000 when he was just 13-year old. He released the second album named Doggy Bag in 2001 and his third one named Unleashed in 2003. His third album was the first which did not contain Lil’ in his name. He also acted in several movies.

Bow Wow was born to Alfonso Preston Moss and Teresa Rena Caldwell (nee Jones). Though born in Columbus, USA, Bow Wow spent his early life in the nearby town named Reynoldsburg. He never saw Alfonso Preston Moss, his biological father who abandoned his family. Hence, Bow Wow grew up with his mother, and Rodney Caldwell, his stepfather. He has two stepsisters namely Jasarah and Erica, too. His mother has been a hair stylist, and his stepfather, a lawyer in Houston, Texas. His mother supported Bow Wow in his passion for rap. His mother took him to various local talent competitions from the age of five.

Bow Wow is not yet married, but is in relationship with his girlfriend Erica to whom he is dating since 2014. They had also announced their engagement. It was Erica Mena who first disclosed that Bow Wow was her Fiancé. She also revealed that they have not married yet, but are likely to do so in June 2014. Even Bow Wow declared that they are going to tie the knot in Australia. However, it never happened, and they broke up in 2015.

He also dated and was in relationship with some other girls such as Angela Simmons, Cole, and artist Ciara. He is also rumoured to have dated Tyra Banks, the Next Top Model maker of America. Since, he has not married as yet, he has not divorced.

Bow Wow was attracted towards rap at an early age of three, and he started rapping in the nickname of “Kid Gangsta” at the age of six. He had also been interested in N.W.A. at this age. He gave a dazzling performance in a concert organized in Los Angeles where he was spotted by Snoop Dogg, the famous rapper, who bestowed on him the stage name “Lil’ Bow Wow”.

He dropped “Lil’” from his stage name and brought out his third album named “Unleashed” in 2003 which attained top 3 in Billboard 200, and got Gold Certification. He released his fourth album entitled “Wanted” in 2005 which got Platinum Certification. His songs, entitled “Let Me Hold You”, and entitled “Like You”, were very much appreciated.

He brought out his fifth album entitled “The Prince of Fame” in 2006 which contained famous songs such as “I’m a Flirt”, “Outta My System”, and “Shortie Like Mine”. He has released a number of albums from the year 2007 to 2016. As per his biography, his net worth is estimated at $800 thousand.