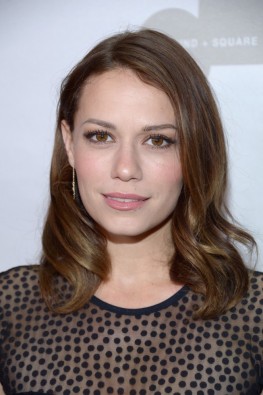 Bethany Joy Lenz is a well known actress, film maker, songwriter and singer who hails from the country of the United States of America. Her most popular roles have been on television, in the series Guiding Light and One Tree Hill.

Later, Bethany Joy Lenz’s family moved to Arlington in Texas and she took up dancing and acting classes at The Creative Arts Theatre. At present, Bethany Joy Lenz is dating Wes Ramsey, the duo began dating since the year 2012, shortly after her divorce from Michael Galeotti, to whom she got married in the year 2005, on the 31st of December.

Bethany Joy Lenz is popular for her performance as Haley James Scott in the TV drama series called One Tree Hill, which airs on WB/CW Network. In addition to this, Bethany Joy Lenz also appeared in Guiding Light, as Michelle Bauer Santos, on CBS Daytime. The show was a soap opera and gained Bethany Joy Lenz immense popularity. Apart from her career in acting, Bethany Joy Lenz is also a singer and is a prominent solo artist whilst performing and being part of a band named Everly.