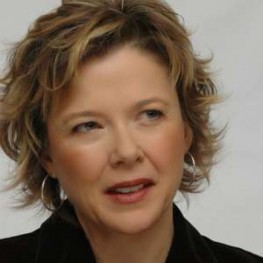 Annette Sinclair was born in the country of the United States of America and thus by virtue of her birth she is an American citizen. Details about her early life, her parents, their nationality and ethnicity, are all unknown to the media. Annette Sinclair developed an interest in the field of entertainment and acting early on in her life as a child itself and this translated into her eventually following her passion and becoming an actress.

Annette Sinclair got married to rock musician, Bob Seger on the 8th of November, in the year 1987. The couple’s romance was short-lived and the marriage didn’t last for long, with the duo finalising their divorce in the very next year, in 1988, itself, within a year of the marriage. Post the divorce, Annette Sinclair did not date anybody, neither did she get re-married, she has lived her life as an unmarried woman till date.

Annette Sinclair leads a very private life, and details about her past are unknown to many, even details about her qualifications and education are unknown to the media. In the media, Annette Sinclair has kept a charitable and admirable image of herself. This has let her earn a respectful and good reputation, regardless of her divorce with her husband, the famous rock musician, Bob Seger.

Annette Sinclair began her film career when she portrayed the role of a character named Marcia in an episode called Butterfly, of the TV Show called Matt Houston. Later, Annette Sinclair went on to star in movies such as Thief of Hearts and Weekend Pass. '

Post her debut in movies, she did revert back to TV series like Full House and Finder of Lost Loves and both of which were huge successes on television. Annette Sinclair has gone on to star in Hollywood movies like Hide and Go Shriek, The Job, KarmaLunatics: A Love Story and a movie called Red and Blue Marbles.