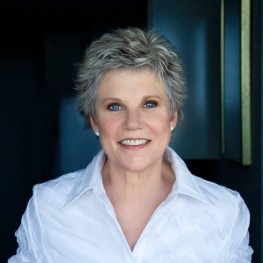 Anne Murray is a singer born in Canada in the year 1945. She was among the best female singer who was able to reach at the top spot in American music chart and she earned the gold record for Snowbird in 1970. During the entire career, she was able to sell over 50 million albums. She has an alto voice which many people loved and she could sing any genre be it adult contemporary, country and pop.

From her biography, Anne Murray was born in the year 1945 and her father is James Carson Murray, he was a doctor and her mother was called Marion Murray and she was a homemaker and a registered nurse. The family was living in the Springhill, in Nova Scotia. This is a town where a number of thousand people were living near the coal mining industry. She was born with other 5 siblings, all boys. She always wanted to be better than her brothers and this is when she started to learn piano and then voice when she was 15 years old.

She went to school in Mount Saint Vincent Universit and then went to University of New Brunswick of Fredericton where she did physical education. She finished the degree in the year 1966. However while studying; she could not forget the love she had for music. She auditioned to join Canadian Network television series called Singalong Jubilee. Even if she failed for the first time, she was able to make it for the second round. She was working at the show in the summer period and after graduating, she worked as a physical instructor.

The career in teaching did not progress too much and after just one year, she went back to the Singalong jubilee where she appeared as a featured soloist. She also got a job of working with another television series called Let’s Go which targeted teenagers. When she was performing at Singalong, she got an offer of recording her solo album and it was released in the year 1968. It was called What About Me. She made the major label debut during the following fall at Capitol Records with This Way is My Way. She is not a song writer so she was singing or interpreting the songs from others.

In the year 1993, Anne Murray got inducted into Canadian Music Hall of Fame. Because of the death of her manager and longtime friend, she got a new manager but she was not interested in releasing anything. After two years, she released a song an inspirational song called What a Wonderful World.