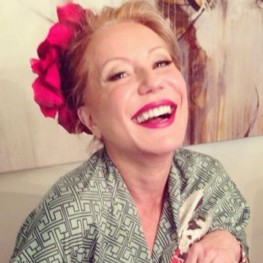 Anne Mroczkowski was born on July 16th 1953 in Hamilton Ohio but was raised in Toronto which in her eyes will always be her home till this day. She was born to a Polish and Slovakian immigrant family which explains her stunning features. Toronto is one of her great loves as she embraces the diversity of the city. It contains so many languages, religions and ethnic groups and this can be seen in its art, food and variety of different cultural festivals. After many years in the news industry in August 2013 she left the news desk to pursue her future endeavours elsewhere.

Anne maintains that the news industry is a brutal one and that if one is looking for a career in which to grow, that television would not be it. You must have a deep love for the news and a curiosity to find out more in order to pursue this type of career. She says that people get a glamorised idea of the media and believe that it is a cosy world to be in which is far from true. There are a lot of emotional tolls and one needs to think fast and accurate at all times. In her first newsroom she was the only woman and her job was to run around and deliver coffee. It takes hard work and a strong foundation to get into this industry. It is more than just lights, cameras and screen time.

She was once married but divorced her husband in 2006 and now resides in Bloor West Village with her dog Bella whom she cannot live without. With no children and no husband, she is now able to focus all her efforts on using different forms of media to get the news across. Anne says that we live in a world that is governed by social media, blogging and the internet. Being online allows the inquisitive journalist within the opportunity to report the news in the most honest unfiltered way possible.

Anne is involved in charity work and was recently the host and honorary chair of SNAP! An annual auction that takes place in Toronto. The event has both a live and silent auction of a variety of different artworks produced by local artists. No matter what your artistic preference, there is enough to entice all who walk through the doors. The money raised from this annual event helps support men and woman that are affected and living with HIV/AIDS. To date the event has raised over $2 million dollars to help educate and assist those struggling with this life threatening disease.

She is extremely grateful for her health and the people that have helped get her to the point where she is today. Even though she will be heading into the online world to continue her career she holds no regrets for her years of broadcasting experience. Anne states that you get to be a part of the greatest moments in people’s lives but with that also comes the saddest and lowest parts of as well. She says that the greatest skill she has walked away with is the ability to get people to open up when they are not comfortable talking to you. This is one of her greatest life lessons and will continue to help her in life going forward in journalism.