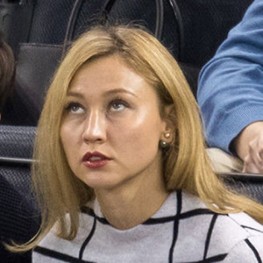 Alina Golovkina is a former model who was born in Kazakhstan. She is best known for marrying fellow Kazakhstan native and world-renown boxer Gennady Golovkin who was a middleweight boxing champion. They tied the knot in Kazakhstan on July 7, 2007, at a small ceremony with close friends and family. The newly wedded couple went on to have two children. Their first child was named after Gennady Golovkin's brother, Vadim, who was killed in action during his military service for the Russian Government. The couple's second child was a girl who was born in 2017 during Gennady Golovkin's preparation for the big fight against Mexican boxing champion Canelo Alvarez.

The fight caused him to miss the birth of his daughter but Golovkina has remained supportive of her husband throughout his career which has accrued in 37 wins and a draw out of 38 professional fights. Golovkina moved with her family from their home country of Kazakhstan to Germany. In 2011, the family moved to the United States and settled in Santa Monica, California so that he could be closer to his training gym. In 2016, Golovkina asked her husband to retire from his boxing career to spend more time with his family.