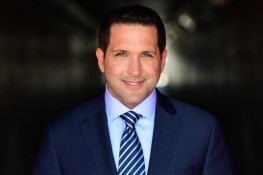 Adam Schefter, born on 21st December 1966 at Valley Stream, New York, has been a U.S. television analyst and sports writer. After his graduation in Journalism from the University of Michigan and Northwestern University, he has written for many newspapers including The Denver Post. He then joined and worked for NFL Network. He has now been an NFL insider for ESPN since 2009. He has also acted in a film called The Longest Yard. He has written several articles on Rocky Mountain News and Denver Post.

Adam Schefter spent his early life in Bellmore, New York where he joined John F. Kennedy High School, and completed his graduation in June 1985. He also graduated from the University of Michigan, and obtained a degree in Journalism from Medill School of Journalism of Northwestern University. He was good at studies, and his degree in Journalism helped him start a career as newspaper writer and reporter. He is an American national, and of Jewish ethnicity. Nothing is known about his parents, and brothers and sisters. He started his newspaper career by working as an editor of The Michigan Daily.

Adam Schefter has married Sharri Maio in 2007. They met in 2006, and dated for about a year. During which Sharri told him that she was previously married, and her husband had died on 11th September 2001 at the time of an attack on World Trade Centre. She also confided that she had a son Devon from her previous marriage. In spite of all that Schefter decided to marry her.

They have been blessed with a daughter who has been fondly named Dylan. Both the children, Devon and Dylan, live in a congenial atmosphere. Thus, he is leading a happy married life, and has not divorced his wife as yet.

He is over 5’8” in height, and weighs 80 kg. His hair is black, and the eyes dark brown. No other details about his body measurements are available on record.

Schefter started his career as a sports writer as an editor of The Michigan Daily. After that in September 1990, he began to write for The Rocky Mountain News. In 1996, he wrote for Denver Post. Later he was associated with ESPN, and began a Woody Paige on ESPN’s Show “Around the Horn”. He, then became associated with NFL Network in 2004, and also worked as a reporter for NBC as an occasional writer.

In 2009, his career got a boost when he was employed by ESPN. He left NFL Network. Presently, he has been working both for ESPN and ESPN radio. He is active on social media platforms such as Twitter, Instagram, and Facebook. He boasts of over 80.7k followers on Instagram, 576326 on Facebook, and 6.73k on Twitter.

As for rumours and controversies, his tweet regarding amputation of index finger of Jason Pierre-Paul generated much hue and cry in 2015. There had been another rumour surrounding Adam Schefter with respect to Jackson Memorial Hospital.As per his biography, his net worth is estimated at $1.2 million.