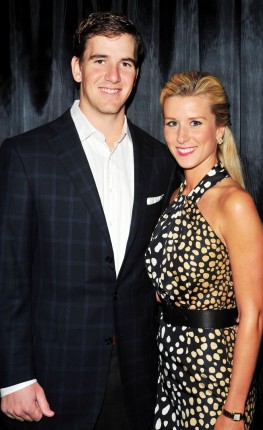 Abby Mcgrew is an American designer and philanthropist who was born on January 1, 1984, in Nashville, Tennessee, in the United States. She grew up with her father Tom Mcgrew and her two sisters, Lacy and Molly. Mcgrew attended the University of Mississippi which is where she met her future husband, American football player Eli Manning. During her time at university, Mcgrew was part of Kappa Delta's Alpha Mu chapter. She eventually moved to New York to pursue a career in fashion and she landed a job working for Paula Roland. Mcgrew was a freshman when she began dating Manning in 2002.

The couple took a trip to New Orleans for Mardi Gras and Manning secretly designed an engagement ring at Alder's. While spending the evening together, Manning got on one knee and proposed. They were soon married at a resort in Mexico on April 19, 2008. Their marriage came just months after Manning had bagged one of the biggest victories of his career when he led the Giants to the first of two Super Bowl wins. Mcgrew and Manning have three children together, all girls. The oldest child Ava was born in 2011, followed by Lucy in 2013, and Carlonine in 2015.