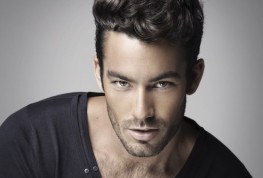 Aaron Diaz works as actor and he is Mexican, singer, model and theater artist. He appeared in Quantico where he was Leon Velez and Mariano Sanchez Suarez in Teresa. He was Santiago Cano in Santa Diablo and Marcelo in Marcelo movie.

To attend his studies in high school, he went to live in California and started a modeling career to survive. When he finished her education, he went back to live in Mexico where he did acting and then become a member of Centro De Education Artistica (CEA). He moved from being just amateur to becoming a professional actor.

Aaron Diaz got the first break through, while working with CEA. He worked as Enrique Kike Gonzalez with Class 406 soap opera. He became popular because of the acting skills and started to get other roles.

In the year 2004, he worked on a teen drama named Corazone al Limite together with a formal girlfriend named Sherlyn with Sara Maldonado. Up to now, Diaz appeared in different television sitcoms and he was playing the characters which lead to his popularity. He got nominated in different categories such as Best Male in the lead role and the Best Couple. Besides acting, he is a designer and owns a clothing brand named Perra.

As a singer, he launched an album called Enamorate de Mi in the year 2009. He then released a second album under his named. He did work as a calendar model. He got a net worth of 6 million but his salary is not known. Before, it was said that he is a gay but the rumor ended when he got a child. It was also said that he dated Ana Brenda which Ana Brenda denied and said that they are friends.

At the beginning, Aaron Diaz started to date a Mexican singer and actress named Sherlyn Montserrat Gonzalez but the relationship did not survive too long. He then got married to an actress called Kate Del Castillo in 2009. The marriage took place in the city of Las Vegas. The two had a rough relationship and they were separating and coming back together until they decide on a divorce. After the divorce, he met with Lola Ponce, a singer and songwriter from Argentine. They got married afterwards. She was her co-star in El Talisman television series. The two were married in 2015, in Morocco and they have two daughters, Rosaria and Regina.