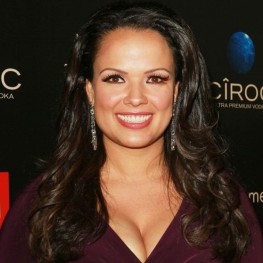 Natasha Curry, a native of North-West America is the TV anchor of the well known show ‘Weekend Express with Natasha Curry’, a show aired by HLN, every Saturday and Sunday. She also serves as a savior anchor for ‘Morning Express with Robin’ in his absence. Natasha has completed her graduation in biology from the Pacific Lutheran University, Washington. She has also done her graduation in journalism at the Arizona State University. Born in 1976, Natasha Curry was as gorgeous and stunning, as she is today. Her personality along with the ‘beauty with brains’ tag makes her the envy or role model for many young women. During her college days, she represented Washington State at the 1998 Miss USA pageant and not surprisingly, she ended up being amongst the top 10 finalist.

Prior to working with HLN, Natasha has been with several other media houses where she has reported and anchored various newscasts. She has many notable news coverage reports to her credit, some of which are the aftermath of Hurricane Katrina, the live coverage of Hurricane Irene and the 2009 Cannes Film Festival where she reported as an international correspondent. Moreover, during her stint with KYMA-TV, Natasha had covered a helicopter journey along with the US marines, right down to the bottom of the Grand Canyon to provide aid to the Havasupai tribes. Besides reporting, Natasha takes time to get involved with a lot of social activities.  Over the years, Natasha has been spotted volunteering for various organizations like Big Brothers Big Sisters and World Vision, serving homeless women and doing good humanitarian work in South Africa.

During her stint at KOMO-TV, Natasha Curry came in contact with a firefighter from Seattle and they eventually entered into marriage. She is known to keep a very low profile and does not publicize her personal events. Her real name is Natasha Vantramp, but she preferred to adopt her mother’s name ‘Curry’ when she debuted as a TV anchor, the name by which she is most famously known today. Even after marriage, she has preferred not to use her husband’s name. However, this does not mean that they have or are considering a divorce.

Not much is known about Natasha’s husband and reportedly they do not have any children yet. However, if recent reports from the media are to be believed, Natasha Curry and her husband are preparing to welcome their first baby. Previously too, in 2009, there had been reports that she was pregnant. However, those reports turned out to be mere rumors. However, this time, the speculations seem to be high; considering that Natasha is already thirty seven years in age, the possibility is that she and her husband should be planning to expand their family soon. Some unconfirmed reports have tried to link her pregnancy with her recent excess intake of food. She was reportedly heard at The New Dallas Cowboys stadium saying that she could consider having the larger pizza, since she was pregnant. Since Natasha keeps her personal life well under wraps, nothing is revealed of her past boyfriends or relationships, nor are there any indications that either of them are having an affair.