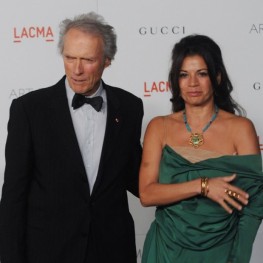 The esteemed American reporter, Dina Eastwood was born on 11th July 1965. Her star sign is Cancer. She was born in California, U.S. She belongs to American nationality. She belongs to Irish, Japanese, German and English descent. Her birth name is Dina Marie Ruiz. Dina was born to Michael Ruiz and Mary Ruiz. She was raised in Fremont, California. Dina went to Mission San Jose High School. She attended the San Francisco State University, where she completed her degree in Broadcast Communications. She also attended the Ohlone College.

Dina Eastwood was married to a renowned director Clint Easthood in 1996 but got divorced in the year 2014. Dina and Clint are blessed with a daughter named Morgan Eastwood. Clint Eastwood is a very renowned and esteemed actor, director, musician and a political figure. She met Clint in an interview for KSBW-TV. Dina has been married to a famous retired basketball player/coach Scott Fisher since 2016. She has been happily married since then.

She hosted a TV show called A Quest for Excellence by California Teachers Association in the year 1998. The show featured teachers, students and professionals and their daily challenges and celebrity interviews. Dina also co-hosted a very popular hidden camera reality TV series Candid Camera. She portrayed Vanessa Reeve in an American drama film The Forger in the year 2012.

Dina made guest appearances in films such as Blood Work (2002) and True Crime (1999). She is the hostess of The Eagle Invitational Golf Tournament. Dina is the contributing editor for the Gold Digest Women. She has been the non-fiction editor to the Reed Magazine.

Dina has been a regular contributor to the Carmel Magazine. She began her career reporting with a local station to branching out her career in television as an anchor/hostess. Dina has always aspired to be a Journalist. Dina has earned a Net worth of around $20 million. She has around 3k followers on Facebook. She has 20.1k followers on Twitter. Dina has 16.3k followers on Instagram.