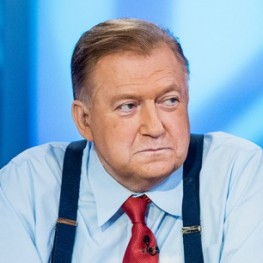 Bob was born on 15th November 1948 in New York and spent his childhood in Lyme, Connecticut. He completed his graduation in fine arts from Wagner College in New York. Bob Beckel had also started his own company, ‘Beckel Cowan’ in 1984, the main focus of which was American politics. One of the objectives of his company was to analyze the political scenario in America and makes an assessment of the trends and developments in American politics.

Earlier, Bob had served the U.S. State Department during the period 1977-1980 as Deputy Assistant Secretary of State. He was also in charge of the Presidential campaign for former Vice President Walter Mondale in his capacity as the campaign manager.

More than his work, Bob Beckel is known for his controversial statements and foul-mouthed language. On several occasions, he has got himself into trouble by rubbing people the wrong way; may it be the American Jews, the Muslims, Julian Assange, or even his own colleagues. Post Boston Marathon bombings, he was heard live, strongly advocating the denial of visas to students coming from Islamic countries. He also used harsh words against Julian Assange, labeling him as a traitor, and went on to say that he would like to ‘shoot that son of a bitch’.

He got married to Leland Ingham in 1992 and the couple has two children from their marriage. However, their marriage did not last long and his wife, Leland sought divorce from him in 2002.

Bob found himself in the midst of a major controversy in the year 2002, when he hired a woman at the rate of $300 per hour, to visit his home in June that year. He continued hiring her on a number of occasions thereafter. Days after the incident, a note was found left on the windshield of his car and a voice message on his answering machine, demanding $50,000, failing which, the extorter threatened to make public his illegal activities, by providing all the evidence of his affair with his girlfriend, to his family, his employer and the media. What followed was a major investigation led by the Montgomery police, who tracked down the extorters, but not before the media caught up with the news. Not surprisingly, bob’s wife, Leland Ingham sought a divorce from him soon after the incident. Bob has also publicly admitted to being an alcoholic and a drug addict, although he claims to be recovering from his addiction lately. Keeping his affairs, bad behavior and addiction in mind, the divorce with his wife was expected to happen.